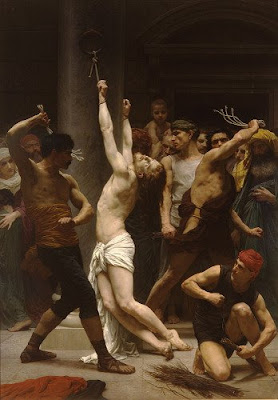 7.29
In addition to reports of what appeared to be indiscriminate violence, witnesses reported being
beaten for other reasons, including: bed-wetting and soiling, inattention in the classroom, left-
handedness, stammering, not knowing lessons, disclosing physical and/or sexual abuse,
absconding, ‘stealing’ food, talking in line, delay in obeying an instruction, ‘looking the wrong
way’ at a staff member, attending the infirmary, complaining of feeling unwell, general wear and
tear on clothing and footwear, talking at meals or in bed, talking to girls, playing soccer, losing a
game against an outside team, perceived sexual thoughts or actions and not being able to carry
out work tasks quickly and properly.
If you turned up late ... he ...(Br X)... used to do an inspection, if there was a speck of
dirt, that would trigger it off. He used a leather, hand, cane on the legs, hand, arse or
wherever ...(he)... had a temper, you would be black and blue, you would be on the
floor. He used to make you take your trousers down and he would give it to you on the
behind or wherever, he did it to me a few times. You wouldn’t do anything because he
had a whistle and he would call other Brothers and they would weigh in, when these
guys got going you would do nothing, if they couldn’t get you one way they would get
you the other, kick, hit, you were knackered.
•
He ...(Br X)... flogged me one time, I was working in the piggery. I used to be starving,
the pigs used to get the Brothers’ leftovers and one day there was lovely potatoes and I
took some and I took a turnip. Br ...X... caught me and he brought me up to the
dormitory, he let down my trousers and he lashed me. He always wore a leather,
around 18 inches ...(long)... and it was all stitched with wax, his leather was very thin. It
was about an inch and a half, others had leathers about 2 inches. He lashed me, he
flogged me.

~From the irish Commission to Inquire Into Child Abuse

Goddess, these people hate the body.

Workhouses were probably a bit worse than the family of 'spare the rod, spoil the child' belief pattern. Beating the kids, however, was not uncommon in the rural area where I grew up. It's on the level of absolving interrogators of torture, if permanent damage doesn't occur.