To Die a Free Woman 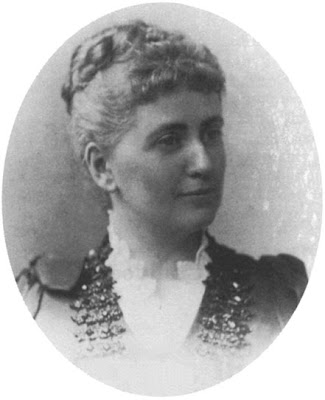 So when Comstock and his fellow inspectors showed up at her cramped residence on West 23rd Street with a warrant for her arrest, Craddock steeled herself anew. "I wish to fight right through to a finish," she wrote her lawyer shortly afterward. "All I ask is that you use me in the most effective way possible." As an unabashed sex reformer and a mystic founder of her own Church of Yoga, Craddock was to Comstock a twice-damned purveyor of obscenity and blasphemy. He wanted to shut down her whole operation—the distribution of her pamphlets, the delivery of her lectures, even her face-to-face counseling sessions. "I am taking my stand on the First Amendment to the Constitution of the United States," Craddock countered, "guaranteeing me religious freedom, freedom of speech and freedom of the press."

Craddock could do little more than watch as Comstock conducted his raid. Scanning the shelves of her private library, he found sixty-one books and 536 circulars worthy of removal, all of which he could use as evidence against her before once again pulping such filth. A heavy-set man with mutton-chop sideburns and creased blue eyes, Comstock had been at this for a while, having led the New York Society for the Suppression of Vice since its incorporation in 1873. For three decades now he had been frustrating the designs of shady booksellers, sketchy impresarios, dime novelists, condom distributors, abortion providers, birth-control advocates, and taboo-breaking artists. Imbued with a strong sense of Christian discipline from his Connecticut youth, he had further honed his self-control through prayerfully resisting the temptations of army life during the Civil War—the whiskey drinking, coarse language, and tobacco chewing that marked the camaraderie of his fellow soldiers. "Boys got very drunk," Comstock noted of his army mates at one point in his diary. "I did not drink a drop. . . . Touch not. Taste not. Handle not."

"She thought her only option at that point was suicide," Schmidt says. "That that was the only way she was going to die a free woman."

That oddly keeps on being the only choice they leave us.

I'll just add that having my carefully-collected and painstakingly-archived books rifled by a fundie would pretty much do me in, as well.

As Philip Wylie observed in Generation of Vipers, efforts to compel people to display outward evidence of nonexistent inner virtue (however that may be defined) will inevitably backfire on the authors of the compulsion and on everyone else. Wylie used Prohibition as an example of this, but he could as easily have used Comstockery

And, like Prohibition, a goodly portion of the "anti-vice" movement was purportedly based on what passed for Christian values. Prohibition wound up giving the U.S., among other things, the ongoing gift of firmly established criminal organizations, and the anti-vice movement resulted, among other things, in a culture that for years refused to treat STD's effectively even when the means to do so were available, to the great harm of many.

As Churchill might have said, some Christianity! Some values!

Thank you for this posting -- I had never heard of this wonderful woman!

Nor had I. Odd how our "his"tory books left out so many women, isn't it?

Yes! Exactly my thought too! Perhaps we could invoke/speak of her name/ideas/contributions/sacrifice at Samhaim ceremonies?

Wow, now I have to search to find out what happened next.