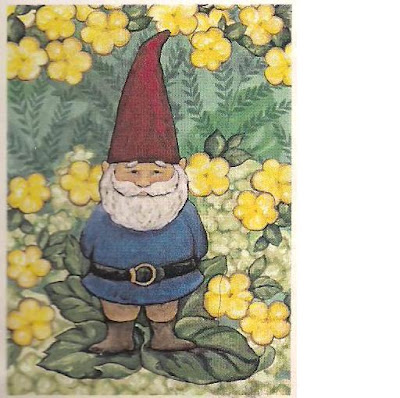 "They ran riot down Front Street," said local resident Len Thenbredth, 64, "we we'e feared for our lives last year. They knocked down Mrs Thristlwatts rhododendron and threw a garden gnome through the butcher's window last year."

OK, it's not funny. I wouldn't like someone knocking down Mrs. Thristlwatt's rhododendron, not one bit. I say that as a woman who's never had good luck w/ rhododendrons. And as for disrespecting garden gnomes, well!

Somehow, I suspect these half-solstice Druids must be an offshoot branch.

It was the mead.

"It appears that without the police turning up in riot gear with tear gas and tasers that the Druids are more peaceful."

Oh, Hecate! I needed to laugh like that. LOLOLOLOL!!!! You know, we're really a peaceful sort. ROFLMAO!

Of course! That explains it! ;)

Yeah, its funny how peaceful folks can be when they aren't being antagonized. All the Druids I know are, indeed, pretty peaceful folk!