We've Got Magic To Do. Just For You. We've Got Miracle Plays To Perform. 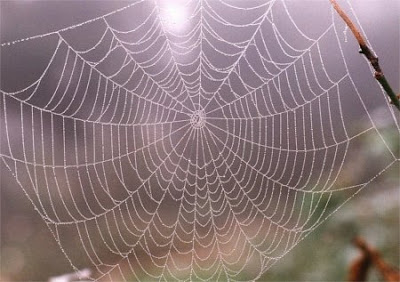 So often, Pagan Godspell says precisely what's in my own heart (her heart is signigicantly more eloquent than mine):

It didn’t take long for me to figure out however that magic, for me, is simply another word for the rush that consumed me at the truckstop that day in Arizona, or the liquid glory pouring to earth in the spill of moonlight. That magic is natural and that it springs bubbling out of the earth and the trees and the rocks and moves with a sweet, shocking grace through the marrow of all things. And that there are no real boundaries between me, the natural world, magic, relationship, the gods, the planet, or any activism on the planet’s behalf. That indeed, magic is happening with every breath and in every move of my body (and that the web of ultimate connection can be touched, yes, and threads plucked to shift the tides of the world in one’s favor in harmony with the Isness). Magic can be complex or simple - a weaving or a seed, Fibonacci numbers, a handful of roots, an exquisitely complicated series of movements and words, an Emerald Tablet, the making of medicine, the pouring forth of prayer. No matter where I have found it, it always seems that magic has led me back to the Mama - to Her mountains and Her forms and Her Beauty, and to my body as an expression of Her and the medium through which I experience Her far-flung, lavish, decadent, gritty, sharp, gobsmacked, outrageous being.

Eventually, in addition to the flowering of my rapture in the deep, these connections led me to become inspired by the radical application of spirituality to the struggle on behalf of oppressed communities and the Land.

I was so upset today after reading Digby's post on torture. Sun in Pisces, I am, sometimes, far more of an empath than is good for my own well-being. I try to trust that there's some value in this and that it's not merely a cruel jest of the universe.

But, driving home, I was struck by the notion that, this time, the fall back into barbarity won't last as long as it did before because, this time, people have had a really good taste of freedom. They've read what Jefferson and Adams and Paine had to say. Also, it's now easier for us to communicate. Digby can post today about how the Bush junta makes victims stand for eighteen to twenty-four hours [thus] produc[ing] “excruciating pain, as ankles double in size, skin becomes tense and intensely painful, blisters erupt oozing watery serum, heart rates soar, kidneys shut down, and delusions deepen” and I can post it here and you can read it now. So it will be more difficult for them to control us, this time around.

Another cheerful thought that I had was that one of the true values of the internet is that it can bring together people who are v. similar, but who are similar in ways that would have left them feeling lonely and bereft a generation ago. I work w/ a nice woman who loves hockey and skiing. It's easy for her to find other folks who love those things. But, a generation ago, I could have lived my whole life and never known that there were, in fact, others out there for whom a moment of mystical union w/ the desert sunrise meant everything. The real courage to engage in the social action that Pagan Godspell describes comes from the realization that "we are many; they are few."

Oddly, the precise way that I describe magic is to say that it involves threads plucked to shift the tides of the world in one’s favor. The women of my circle will recognize that one.
Posted by Hecate at 9:54 PM

But, a generation ago, I could have lived my whole life and never known that there were, in fact, others out there for whom a moment of mystical union w/ the desert sunrise meant everything. The real courage to engage in the social action that Pagan Godspell describes comes from the realization that "we are many; they are few."

And you say i'm eloquent? P'shaw, Lady. As always - you make me feel humbled and loved. :)