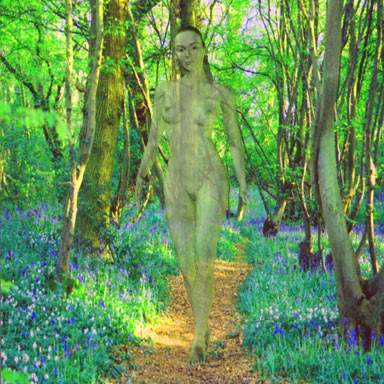 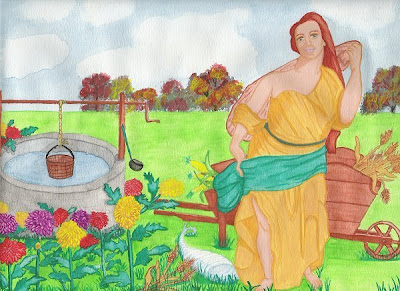 Erce, Erc, Erce, Mother Earth,
Hail to thee, Earth, mother of men,
Be fruitful in God's embrace,
Filled with food for the use of men.

This prayer for a fruitiful harvest may be all the we will ever know about the Goddess Erce, who is possibly of Basque origin.

Some say that: A modern interpretation of Celtic Pagan paths is to represent Erce as a triple goddess. This is a method of illustrating the seasonal changes which occur as the Wheel Of The Year turns. Erce is a youthful flower maiden during the early part of the year. She matures and becomes a mother during the Summer, before aging into the crone at Winter-time. Thus, I'm including her in our series of posts about harvest Goddesses, as we rush headlong into Mabon.

I was at the farmers' market this morning, collecting signatures to get Hillary on the ballot. The stalls were overflowing with tomatoes, corn, squash, peppers, eggplants, peaches, apples, chard, and cucumbers. A grandmother stopped to sign the petition, accompanied by her granddaughter, who will be voting for the first time in this coming election. I think my sunglasses covered up the tears that welled up into my eyes. When my grandmother was born, women couldn't vote. My mother died before a woman ever made a serious run at the WH. My brilliant DiL alerted me to this volunteer opportunity. The first time that this young woman votes, there will be a woman's name there on the balllot, reminding her, regardless of the candidate for whom she chooses to vote, that women can be leaders. We're moving towards a harvest in more ways than one. The wheel turns and turns and turns. It would turn without me, but I'm a witch and a witch's job is to help to turn the wheel. I like the feel of my shoulder up against it. 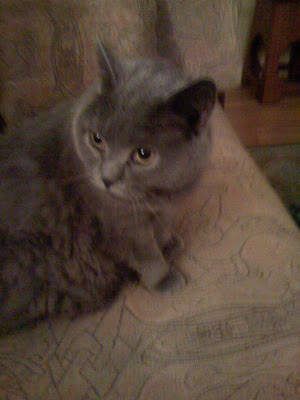 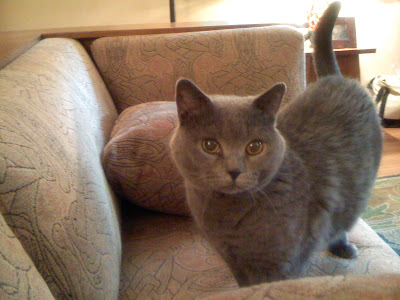 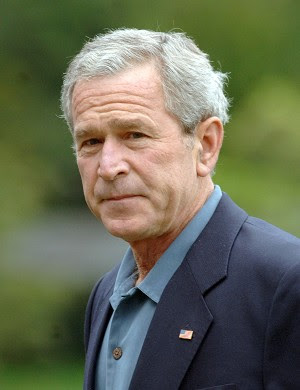 Jeff Skilling is still in jail.

I get paid to do what I love.

My datura is in bloom.

And George Bush had to apologize to a witch.
Posted by Hecate at 9:54 PM 4 comments: 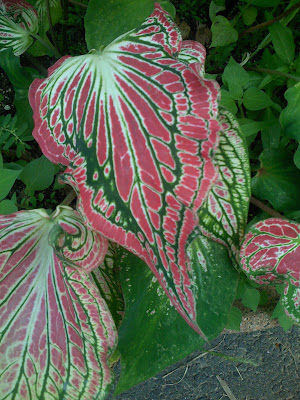 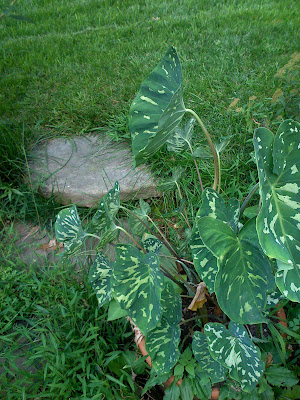 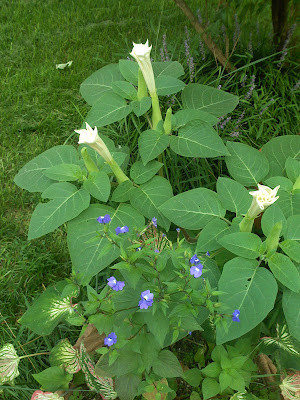 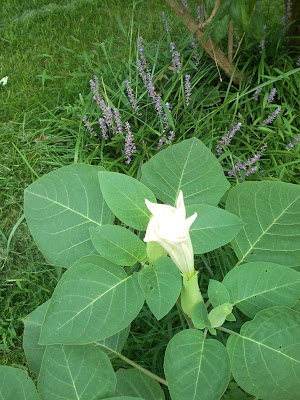 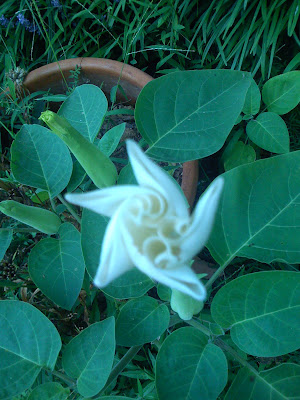 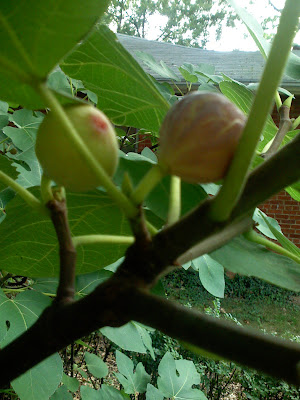 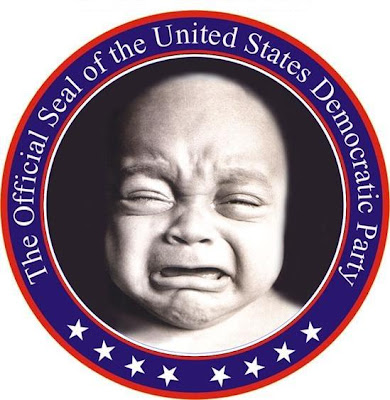 Turns out, the Democrats can't stand up for basic civil liberties such as Habeas Corpus or the Fourth Amendment. But they have a very good reason. The other side has 30-second ads. Well, ok then. Sure, everyone wants civil liberties, but how could any United States Senator ever be expected to stand up to 30-second attack ads? I mean, yeah, we ask 18 year olds to stand up to mortar attacks and suicide bombs and 110 degree heat, but they volunteered. Oh, wait, so did the Democrats in Congress. Well, but the 18 year olds took an oath to defend the Constitution. Oh, wait, so did the Democrats in Congress.

SACK UP, YOU PUTRID SACKS OF SHIT! RUN SOME GODDAMN 30 SECOND ADS OF YOUR OWN IF YOU NEED TO -- THE REPUBLICANS DON'T OWN 30 SECOND ADS. HOW THE FUCK CAN YOU BE WILLING TO SEND KIDS TO DIE FOR OUR COUNTRY AND CONSTITUTION BUT YOU WON'T PUT YOUR OWN POLITICAL HIDE ON THE LINE FOR FEAR THAT THE MOST DESPISED PRESIDENT IN AMERICAN HISTORY WILL CALL YOU A PUSSY? GODDESS, YOU'RE PATHETIC.

Now grow up and do your goddamn job. 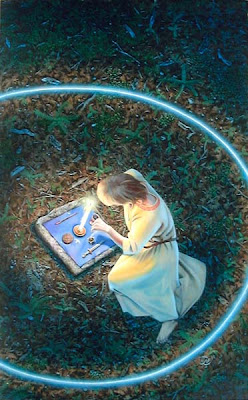 What Diane Sylvan Said: Life doesn't just happen on the astral plane; neither does magic.

I think that this is why we say, whenever we cast a circle, "We are between the worlds. What we do between them affects them all." I sometimes think that, if we truly believe that, we must be very careful about the magic that we work. It's an awesome responsibility, to do magic that impacts worlds that you don't even really know.
Posted by Hecate at 4:55 PM 2 comments:

How Would We Behave If This Were All For Real? 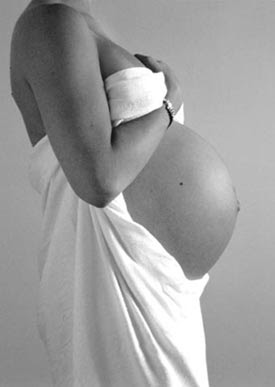 What Aquila ka Hecate said. Somewhere in my library, I have a discussion that concludes that the notion that everything is an illusion to be "gotten past" is a notion of patriarchy. Women, who give birth, are less likely to pretend that bodies, blood, things of the Earth, are illusion.

I've always found offensive the notion that this Earth -- bursting with life, and process, and meaning -- doesn't matter. It's "matter" -- by definition, it "matters."
Posted by Hecate at 4:32 PM 1 comment:

The Charge of the Goddess 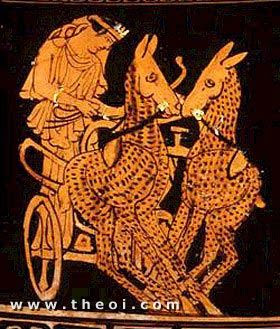 Asphalta, goddess of all roads, streets, and highways, and guardian of those who travel on them, is best known for Her miraculous powers of finding parking places. The formal Parking Place Invocation to Asphalta, chanted by Her devoteees around the word, and never known to fail when sincerely uttered, even in impossible-to-park-in cities [such as] New York and Montreal is:


*From Living in the Lap of the Goddess: The Feminist Spirituality Movement in America by Cynthia Eller
Posted by Hecate at 11:07 PM No comments:

Want To Save America Tonight? 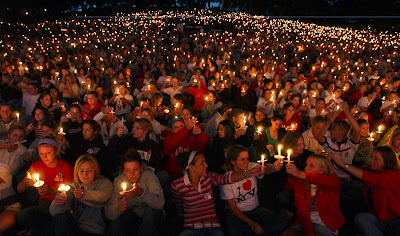 Hey! What are you doing tonight? Is it more important than ending the war? Go to MoveOn.org, plug in your zipcode, and find the vigil nearest to you. Then, go. Go without a candle or a sign or even much faith that it will "work" -- but go. It's only an hour or two. You can devote an hour or two to saving America, can't you? MoveOn is holding vigils all across the country tonight to remind the Democrats that it's their job to get us out of this war.

There's a full moon tonight. Go hang out under it and do something for your country.
Posted by Hecate at 10:00 AM 4 comments: 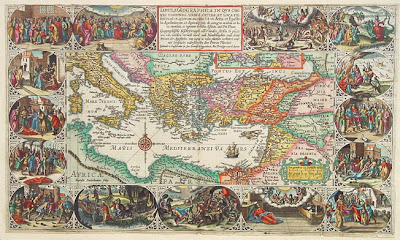 My v. creative friend, K., sent me this link. Amazing to watch how wars have transformed the ME over and over again. And, for what?
Posted by Hecate at 9:48 AM 2 comments:

Our Only Known Living Companions In The Universe

Please use condoms. Limit the number of children that you have. It matters.
Posted by Hecate at 5:49 PM 2 comments:


It's taking us longer to get to the Island of America -- the place where America is America -- than we'd imagined. We're 230+ years into the journey, and we seem to have doubled back and wandered into a wilderness that feels far, far away from our destinaton. Cavafy's wonderful poem, Ithika, reminds us why that's ok.

We have to come already rich to Ithika, not come to Ithika expecting it to make us rich. Ithika, as Cavafy explains, gave us the journey, just as the idea of America is giving us our journey.

I like Cavafy's poem because it makes a point that I've been thinking about quite a bit and that I will be blogging about more in the coming days -- we can't just sit and expect America to come to us or expect to hold onto all the progress that we have made towards America. We can't watch tv every weekend and expect our democracy to flourish, expect our ship to keep sailing towards Ithika. Grab an oar.
Posted by Hecate at 11:52 AM No comments: