Why Women Need The Goddess 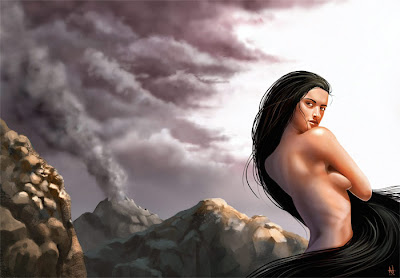 Western women have been excluded from the deity quest for thousands of years, since the end of Goddess worship in the west. . . . [I]f one purpose of deity is to to give us an image we can become , it is obvious that women have been left out of the quest, or at least have been forced to strive for an oppressive and unobtainable masculine image. . . . Discovering [that deity was female] gave me a tremendous sense of relief. I felt her blessing touch me for the first time. I felt a great weight drop from me. I could actually feel my last prejudices against my own female mind and body falling away.

My World, And Welcome To It

Labels: Gardening, What I Love About This Religion

What I Love About This Religion 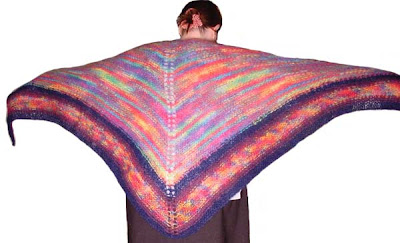 So, mid-morning on Monday, it will be Mabon, the Autumnal Equnox, the moment when Summer turns, will she or nill she, into Autumn. Equinox means equal, the day when light and dark are in perfect balance. Imagine. There are only two times a year when we get to experience a perfect balance between light and dark. If you live to be 80, you'll get to experience this 160 times. And, yet, for witches, balancing light and dark is the whole of what it's about. Make the most out of it.

So many of us have been feeling an early shift to Autumn. An early thinning of the veil. A fast-forward shift to the dark. A desire to begin early the communication with the dead, the descent into the underworld, the movement from South to North.

What have you harvested? What have you saved from the burning heat of the sun? What have you brought indoors to preserve through the long winter? What thoughts did you hide from July's heat to consider in November, wearing fuzzy socks, sipping warm broth, wrapped in a prayer shawl?

Photo found here.
Posted by Hecate at 8:32 PM No comments:

Labels: A Witch's Job Is To Turn The Wheel

Just Past the Peak 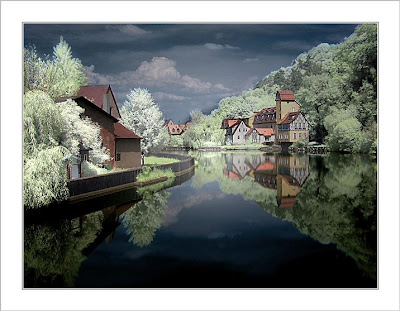 Well, I was going to do a long post on Mabon, but you can just go here and read every word.

Labels: Mabon, Wheel of the Year 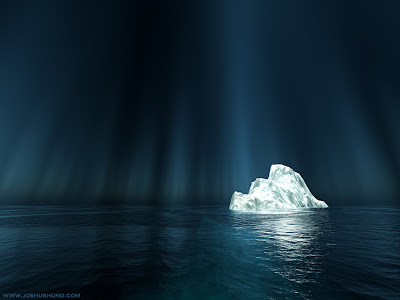 
People who startle easily in response to threatening images or loud sounds seem to have a biological predisposition to adopt conservative political positions on many hot-button social issues, according to unusual new research being published today.

The finding -- certain to stir debate in the middle of a presidential campaign -- suggests that people who are particularly sensitive to signals of visual and auditory threats also tend to adopt a more defensive stance on political issues, from immigration and gun control to defense spending and patriotism. People who are less sensitive to potential threats, by contrast, seem predisposed to adopt more liberal positions on those issues.

The new study takes the research a step further than psychology by suggesting that innate physiological differences between people might help shape both their startle responses and their political inclinations.

Innana on the last remaining iceberg, would you people grow a pair of ovaries and quit fucking up our country? 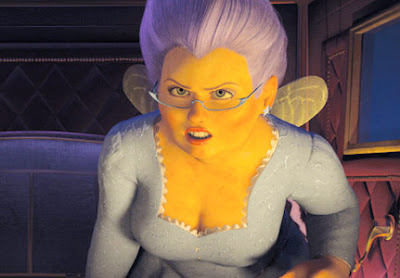 Every single Pagan even considering voting for McCain, or not voting, or voting for a third party candidate in anything other than a safely blue state, owes it to herself and her community to go read Jason's post at the Wild Hunt concerning Palin's stand on Paganism. 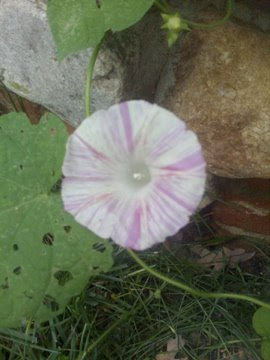 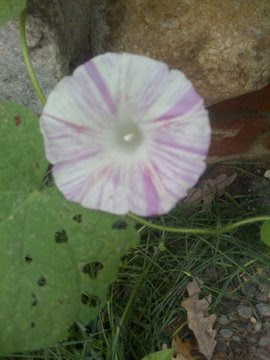 Really, how can anyone live w/o morning glories? They're there when you head out to work, too tired to go, and they make it all seem worthwhile. Out of all the Carnivales that I grew this year, I got only one pink. Reminds me of nothing so much as the pink gambling chips in the film Marie Antoinette w Dunst. "I am saying "goodbye."
Posted by Hecate at 10:27 PM 2 comments: 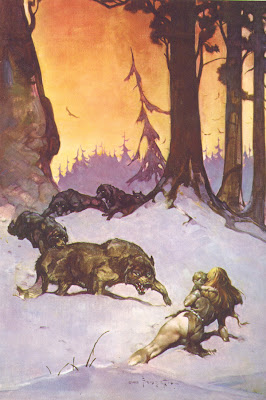 So, as Obama noted today, what we're seeing is history's final judgment on an economic "philosophy" (con game would be a better term, IMHO, because anyone who didn't "know," didn't want to "know") that began in the Reagan years. The notion that massive tax cuts for the very rich, a refusal to spend tax dollars on national infrastructure or programs that help average people, and a blind faith in "free markets" that puts the frothingest snake-handling fundie to shame has finally played itself out and, well, we are well and truly fucked.

One thing that I spend time remembering, especially as we head (at a mad dash, it seems to me, this year) toward Samhein (with barely a passing glance at Mabon), is that each of us is the descendent of generations and generations and generations of survivors. If you're here, now, in Ram Dass' words, it's because the people from whom you come, your ancestors, unlike so many others, have survived every single, solitary generation since Mitochondrial Eve walked out of Africa with her seven daughters. You come from survivors; you are a survivor.

And you will survive this.

If you owe money, it won't matter if the entity to whom you owe it goes under. They'll sell the right to collect money from you to someone else, maybe at a loss, and you'll need to go on paying.

If you have saved money in a savings account, as long as you have less than $100,000 in any single bank, the United States government will insure it if your bank fails and, as Son said to me today when I was panicking and thinking of taking at least some money out and hiding it, if the FDIC fails, we'll have bigger problems than can be solved by $50,000 or $75,000 in cash.

I am still thinking of converting some savings to pure cash. Here's the calculus. Reasonable people do think that there could be bank failures that the FDIC won't be able to cover. (Hat tip: Atrios. (Who ruined my fucking morning. I am just saying.)) If you pull your cash out and bury it in your yard or hide it in your mattress, you lose the interest income that may have been helping that money to not lose value due to inflation. How much interest do you expect to earn this year? Would you pay that much to know that your money was protected against the once-in-several-generations risk that the FDIC won't be able to give you your money when your bank fails? If so, bury it in your yard. If not, leave it where it is and cross your fingers.

If you've invested uninsured money with a firm that goes under, well, Goddess guard you. Lots of our ancestors worked until the day that they died.

Meanwhile, hunker down. Do what witches always do in tough times. Become invisible. Cut expenditures. If you have a job, keep it. Take that second job to bring in some extra money. You know by now that you have to pay off credit card debt, car debt, student loans, mortgages. You know by now that you need six, and maybe, in these tough times, nine or twelve, month of net income socked away somewhere v safe.

If you're going to need to borrow money sometime in the next year, say for a car loan, expect to have to put a large amount down. Start saving now. Reduce your expectations. Go to school part time and work part time when the student loan doesn't come through. Save up a larger down payment for the house. What? You think your great, great, great, great, many-times-great G/ma didn't make sacrifices? You think you're better than she? You didn't riot in the streets 8 years ago, did you? Here's the inevitable result of letting SCOTUS steal it.

Garden in the Spring and can what you can can (pun!). I'd depend less on freezing, as it relies on energy, which may get spotty. Barter. If you don't have debt and can stockpile, make good decisions about what to stockpile. Wood? Protein? Gold (likely too late)? I'm honestly thinking protein, in the form of dried milk and/or powdered soy, as G/Son is still growing.

And, here's where I'm mad, but what can you stockpile that will be fun? Sustaining? When times get rough, joy has a huge premium. Do you have a musical instrument, a collection of read-aloud poetry, a kaliedoscope? I have an entire case of little seashells, held together by rice paper that dissolves in hot water, and inside the shells are paper flowers that float to the surface when the rice paper dissolves. I have five bookcases full of books that I love. I have a lap cat. I have enough morning glories and datura and black iris and crocus to get through next year. I have yarn to keep me busy for a long time and I have poetry lined up all across the counter in the kitchen.

If you have a job, keep it.

If you have health insurance, have everything done that you can have done, now, before you lose your job or your benefits get cut. Do whatever you can -- exercise, take vitamins, get enough sleep, meditate, stay warm -- to stay healthy right now.

And, especially now as the veil thins, call on your ancestors, those proven survivors, of whose ability to survive you are the living, breathing, DNA-style proof.

And, in November, vote in the manner most calculated to deny the WH to John McCain, who never met a tax cut for the rich that he, and his millionairess wife, didn't love.

Do you feel it too? The early-by-several-weeks thinning of the veil? What do you think it means?

Labels: Samhein, Wheel of the Year 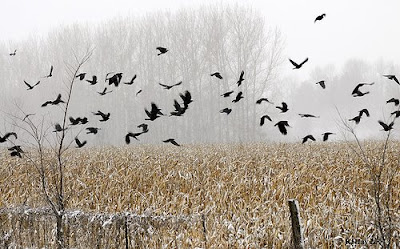 The Ravens by George Trakl


Over the black corner at midday

The ravens rush with hard cry.

Their shadow streaks past the doe

And sometimes they are seen in sullen rest.

O how they disturb the brown silence

Of a field lying ecstatic with itself,

And sometimes one can hear their nagging

Around a carcass scented out somewhere,

And suddenly their flight bends northward

Into winds that tremble with lust.

Photo (and lots of lovely others) found here.
Posted by Hecate at 1:15 PM 4 comments: