Why I Love Poetry


THE LOST BATTLE by Alfred Noyes

IT is not over yet: the fight
Where those immortal dreamers failed.
They stormed the citadels of night
And the night praised them, and prevailed.

So long ago the cause was lost
We scarce distinguish friend from foe;
But if the dead can help it most,
The armies of the dead will grow.

The world has all our banners now,
And filched our watchwords for its own.
The world has crowned the "rebel's" brow
And millions crowd his lordly throne.

The masks have altered. Names are names;
They praise the "truth" that is not true.
The "rebel" that the world acclaims
Is not the rebel Shelley knew.

We may not build that Commonweal.
We may not reach the goal we set.
But there's a flag they dare not steal.
Forward! It is not over yet.

We shall be dust and under dust
Before we end that ancient wrong;
But here's a sword that cannot rust,
And where's the death can touch a song?

So, when our bodies rot in earth
The singing souls that once were ours,
Weaponed with light and helmed with mirth,
Shall front the kingdoms and the powers.

The ancient lie is on its throne,
And half the living still forget;
But, since the dead are all our own,
Courage, it is not over yet. 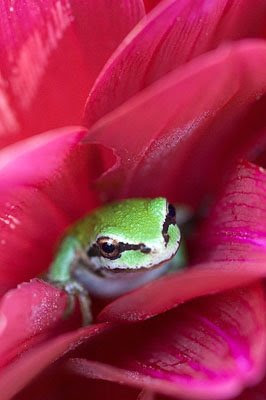 As long as I can remember I've been fascinated by decay, by how things fall apart, or how they don't. As a young child I used my tiny gingers to explore rotting wood and the creatures who lived inside. I loved watching ants quickly catching dropped food, and soon began leaving crumbs on purpose so I could watch the ants struggle to carry off bread and meand and fruit and vegetables (and potato chips and Cheetos and other junk too, for which I should now apologize). When I was a little older I would go to the same spot week after week to watch what happened to a fallen leaf or broken twig, or to horse, cow, or dog manure. I remember going year after year to see changes in piles of wood, junked swing sets, thrown-out appliances. And I remember trips to ghost town in the mountains of Colorado, where I explored mines and houses and stores that a hundred years before were bustling with humans, but now were weathered, falling in, bustling instead with insects, lizards who sunned themselves on planks and skittered away when I approached, and leaves skipping away in the wind. I remember mine tailings, some scarred over and blanketed with plants trying to eke out an existence, some shaped into scabrous piles of rocks still incapable of supporting any life whatsoever, and some with open wounds still bleeding tainted, discolored, poisonous water into their surroundings. I remember wondering how long these wounds would last.

In my early teens I read an article -- I think it was in Smithsonian magazine, but I could easily be wrong -- about what would happen t some of the iconic creations of civilization if humans disappeared tomorrow. The article focused on the Great Pyramid of Cheops, which would last a long time before it eroded; Hoover Dam, which thankfully wouldn't last too long before it collapsed, and the Sears Tower in Chicago, which without suprvision would, if I recall correctly, fall in on itself within a matter of decades.

Th point is that I don't remember many articles I read as an early teen, but I remember that one,

Each December and January I count the nights until the frogs start singing. If they're a little late I start to worry that this might be the year the worldwide amphibian die-off comes home And then a few nights later I being to relax, as first one frog starts singing then another, then over the next few nights more and more until they're lorud enough to make normal (human) conversation impossible.

There are two songs I hear: the soprano of tiny green Pacific tree frogs, and sometimes the bass guiro-like chuckle of northern red-legged frogs.

Frogs eat slugs, among many other creatures. I noticed that slugs love to eat dog shit, and I presumed (correctly, it end up) that they would like mine just as much. I figured that feeding slugs would in turn feed frogs, so instead of flushing all these nutrients down the toilet I decided to let them enter the forest's food stream.

~Derrick Jensen in What We Leave Behind.

I am as serious as a heart attack: going outside every day and noting decay and shitting outside as an act of being in love with frogs would be an almost complete and perfect daily spiritual practice. You could do it.


Update: Of course, my brilliant friend Elizabeth makes a good point in Comments. This is not a spiritual practice for city dwellers, or even those of us in the burbs. Jensen can do it because he lives in a farm, near the woods. And, even then, one needs to know what one's doing. 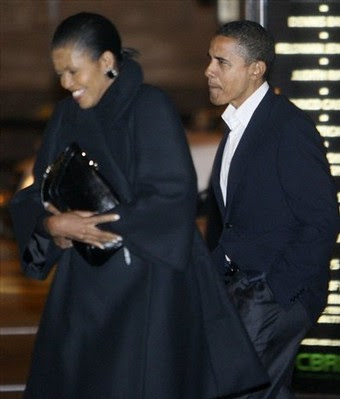 Hooray! Here comes some more good news for President Barack Obama, but this time it's not the politics. One of his favorite restaurants, Spiaggia, gets nominated for the prestigious James Beard Awards.

"Spiaggia, is a North Michigan Avenue restaurant and has been nominated in the category of 'Outstanding Service' in the prestigious 'James Beard award'", reports Chicago Sun Times. "The award ceremony is named after the famous food writer, James Beard."

Along with Barack Obama, there are others frequenting the restaurant, Spiaggia. Yes, it's also the first lady of the country to whom the restaurant remains to be the favorite. Chef, Tony Mantuano, could not ask for more, could he?

I'm downloading it onto my iPhone so that I can listen to it on the way to work.
Posted by Hecate at 7:16 AM No comments: 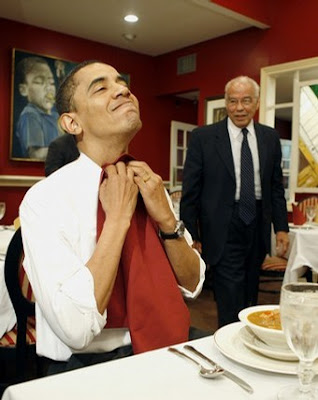 How about a tasty meal? The Obamas have enjoyed white-tablecloth dining at Equinox, Bobby Van’s Steakhouse, B. Smith’s and Georgia Brown’s, and street-corner casual at Ben’s Chili Bowl and Five Guys Burgers and Fries.

Photo found here.
Posted by Hecate at 9:40 PM No comments:

Here's a challenge: Explain why you blog

And, DiL, who I think has a blog inside her waiting to come out.
Posted by Hecate at 7:00 PM No comments:

Magic Is Changing Consciousness At Will 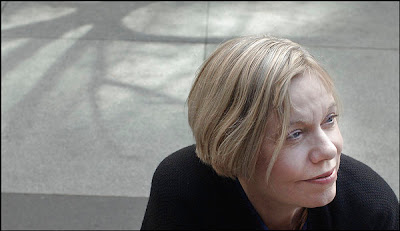 I say that religion isn't about believing things. It's ethical alchemy. It's about behaving in a way that changes you, that gives you intimations of holiness and sacredness.


Photo found here
Posted by Hecate at 6:44 PM No comments: 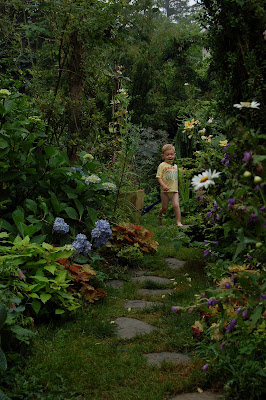 I'm looking forward to mowing the lawn, pulling weeds and getting my hands dirty. I want to pick bouquets of wildflowers and place them on my altar. I want to hear the pond frogs sing all night, every night without fail. I want to listen to the timeless, hypnotic song of crickets and other night creatures. I want to drink in the night sky without catching a chill. I want to soak up the sun with no care in the world other than sunburn.
Posted by Hecate at 11:35 AM 4 comments:

It's Better To Light One Candle

World Wildlife Fund is asking individuals, businesses, governments and organizations around the world to turn off their lights for one hour – Earth Hour – to make a global statement of concern about climate change and to demonstrate commitment to finding solutions.


Boatloads of cool downloads here.
Posted by Hecate at 11:06 AM No comments:

What We Leave Behind 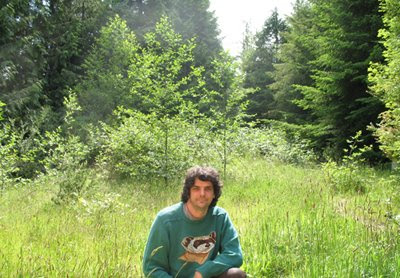 Got Derrick Jensen's new book, What We Leave Behind today. Can't wait to read the whole thing. Here's a purely random selection: 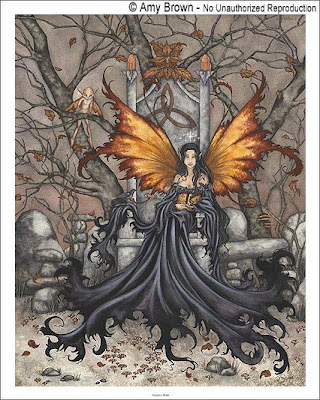 Light blogging while I get through this crunch at work/hayfever/etc.

G/Son stayed with me this weekend and we were sitting out on the screen porch. I was filling little pots w/ potting soil and he was drinking juice and examining this little, kind of kitchy, statue, that a friend gave me, of a fairy sitting underneath a flower. He was intrigued with the idea of a girl sitting underneath a flower and I was chatting about growing some sunflowers this summer that would be big enough for him to sit under. He was turning the statue around and he said, "Nonna, she has wings! Girls don't have wings." I said, "Well, she's a fairy. Some fairies have wings." G/Son suddenly became quite interested and turned the statue around and around, examining it in detail.

"So, her's the one what takes the mimis, and the bottles, and the diapers." (A "mimi" for the uninitiated, is a pacifier. G/Son just turned three.)

I didn't know that it was a fairy who'd taken away those things, but I said, "Yes, sometimes when things that we really like go missing, the fairies took them. But they don't really mean any mischief. They just don't think."

If I were that fairy, I'd hide, but good.

I'd tell my friends to quit pulling Miss Thing's tail, too, I would. G/Son likes Miss Thing and the feeling is mutual.
Posted by Hecate at 6:56 PM 2 comments: