Being The River's Fingers 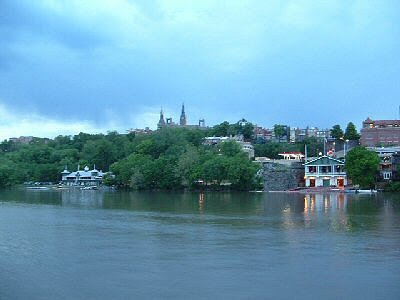 The River asked me
to be her fingers
her voice
her song.
I don't remember
saying "yes"
that day I offered
to help clean up,
but here I am dancing her
into wholeness and beauty.
Segments of my life
on seemingly unrelated
streams and branches
weave together
in a flowing
undulating tapestry as
the watershed
unveils herself
to me through me in me.

Burning desire
to know about her-story,
who drank from her waters
before
in birchbark,
in cabins, in mills,
in factories, in suburbs:

How can I feel her sense
of transformation
of the slime and dumps,
the stench
and cement banks
of the hopeless reputation
into greenbelts, wetlands,
joy-filled parks,
wild reserves?

When did I say
I would spend my days
connecting the places
opening my eyes
and their eyes
to her web of grace?
To come to know her
intimately
over hundreds
of square miles
to feel her voice
whisper or cry,
"Have you noticed this?
Show them this!
my colors, my offerings
my stories of Her-Story." 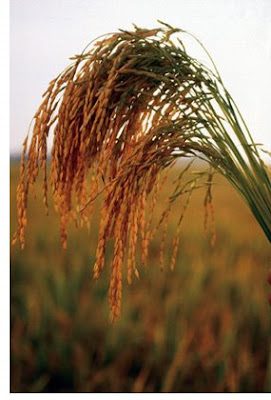 We have a covenant w/ creation to carry on our responsibility, as those who have two legs, in relationship to our relatives that have fins, wing, hooves, and roots. And so we have this food. Manoomin, which means "the most wonderous seed." This food is a central part of our culture as Anishinaabeg people. We have cared for those rice beds, for our lakes and rivers for as long as we have been Anishinaabeg.

When the University of Minnesota cracked the DNA sequence for Wild Rice, that set us up for genetic engineering and genetic contamination. One of our chiefs said, "Who gave them permission?" And that is the ethical question, isn't it? Who gave anybody rights to change the DNA sequence of life forms?

I didn't understand what seed slavery was until I met up with Monsanto. And then I understood why we had to ensure that they did not patent our rice and they didn't own it. And so, we as indigenous people have formed this indigenous seed sovereignty coalition; with us are the taro farmers of Hawaii, who are saying taro is our relative and you can not patent it. Our relatives in New Mexico look at protecting the indigenous corn varieties as their relatives. These are essential parts of who we are.

Our traditional foods, those really old indigenous varieties, are much higher in antioxidants, fiber, amino acids than anything you can buy at the store. Those foods are medicine. those old biologically diverse seed stocks have the ability to adapt and will make it through climate destabilization. If we want to feed our people, we have to go back to our original heritage varieties, those original relatives that have roots.

When I Am Clear 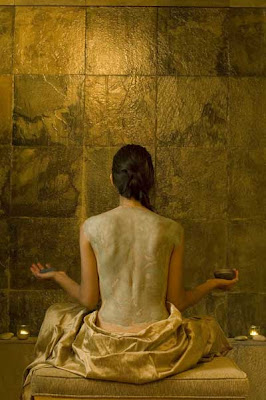 The Most Fun I've Ever Had 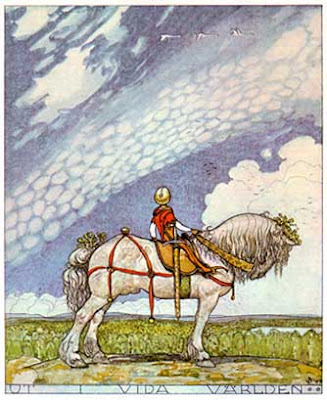 One of the loveliest books I ever read -- and should re-read -- is Pillar of the Sky by Cecelia Holland, which tells the story of the construction of Stonehenge. There's an amazing line in the story, when one of the builders looks at the partially-constructed monument and, explaining succinctly its purpose, says, "I am with my father's father's fathers and with my son's son's sons." It resonated with me the moment that I read it and I've never forgotten it. And there are moments in my life when it's the only verbal expression that I know for a deep and important experience that I'm having.

I got to spend time w G/Son last night and, having spent the night at his house, again this morning. I suppose that it's inherent in the business of being a grandparent, and it's even stronger for the fact that this little one carries such a clear genetic imprint of my pipple from out of the Arctic North, with ears that remind me of the Elvish blood from his grandfather's fey side of the family. But I cannot hold this child without being transported to that feeling: I am with my father's father's fathers. (And my blonde, fair-skinned mother's blonde mother's mothers.) And I am, literally, with my son's son's sons.

Son and DiL got home last night as the debates were starting and they allowed G/Son to stay up to see "Pweswident Obama." It's how we do things in my family; the only nights I can ever remember being allowed to stay up late were presidential conventions and debates, when I'd sit with my dad and get treated as if I were a thinking person and as if that were really OK. And I was watching McCain lose to Obama and realizing: I was wrong earlier this year. I figured that if, and it was an if, if Obama could win in the racist States of America, it would be by a v narrow margin. I was wrong. It looks as if not only is America poised to elect an African American president, but she's prepared to do it by a landslide. She takes her time, but every now and then, America makes you proud. Dr. King said that the arc of the moral universe is long, but it bends towards justice. He was right. I looked at my two-year old G/Son and realized that when Obama ends his second term, G/Son will be ten years old. The only president he will have ever known will have been an African American president. That will be the norm for him. The first president that I really remember was Kennedy, who died when I was seven. Johnson assumed office and was president until I was eight. G/Son's reference will be an America where the president is African American.

G/Son loves my iPhone. Ever since he was little, I've kept it loaded with YouTubes that he likes in order to, for example, keep him amused when the brunch order takes a while to come out of the kitchen or when, as this morning, his 'rents are running around getting things ready and packing things up. Over time, what's on my iPhone has morphed from mostly Elmo to mostly The Jungle Book to Dinosaurs. Last night, G/Son told me, "Nonna, I like Batman and Spiderman." When he was watching the Dinosaurs on my iPhone he said, "Nonna, can there be Batman on your iPhone?" Of course, there could be. G/Son is at that stage where he can watch the same three minute animation over and over and tell you the story each time. "Look. Two bad guys. They set a fire. That's bad; fires can hurt Bambi. Here comes Batman in his mobile car. He throws the boomerang at the bad guys. That's one of his special tools. Batman catches the bad guys and my mommy [the prosecutor] makes them go to jail. There's Batman standing on the roof." And then we do it again. Only, G/Son wants to manipulate the iPhone himself. "No. Me do it." And, he can. He can manipulate the virtual objects on the screen ("That's the screen. Don't touch it when it's playing; that makes it stop.") Again, I sit there, a child of the fifties, and realize, "I am with my son's son's sons."

It's going to be so much fun.

Light posting over the next few days and that only if blogger's "future posting" feature really works. Some v generous souls have offered me their cabin for the weekend and it's that time just before Samhein when, witch that I am, I need time alone in nature for introspection. Back on Tuesday.
Posted by Hecate at 9:23 PM 2 comments:

Labels: A Witch's Job Is To Turn The Wheel, G/Son 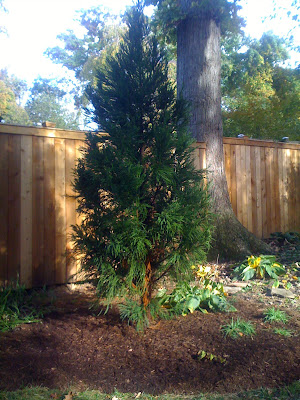 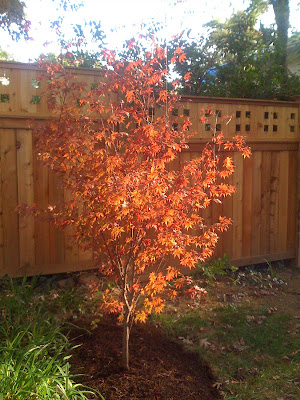 Part of my mad plan, which is mine, is to more or less turn my backyard into a small woodland around a little patio w a fountain and large Stone and undetermined Air Element and a fire pit. Today, Landscape Guy showed up at 7:00 am w Japanese Temple Pines and Japanese Maple Trees and American Wisteria, Amethest to begin that transformation. Around 4:45 pm, the Autumn Setting Sun hit the red leaves of one of the new Japanese Maples.

I believe that my ancient oak trees are v happy.
Posted by Hecate at 5:10 PM 5 comments:

Do You Think This Culture Will Undergo A Voluntary Transformation To A Sustainable Way Of Living? 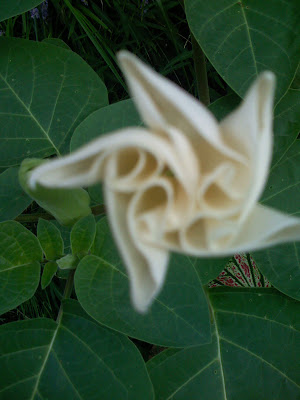 The other dimension to this is that we have to somehow get beyond Western Civilization, which must be profoundly altered because it is so destructive in its present state. This alteration is so absolute and so deep in its implications that a person has to wonder about the continuity. In other words, Western Civilization itself is causing our difficulties, which makes this type of change hard to really comprehend. Transformations of this magnitude are generally associated with some type of religious change.

Thomas Berry, interviewed by Derrick Jensen in How Shall I Live My Life?
Posted by Hecate at 5:05 PM 1 comment:

The Garden Just Before Samhein 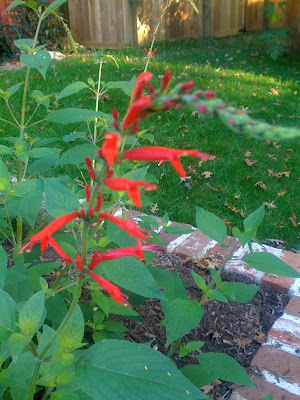 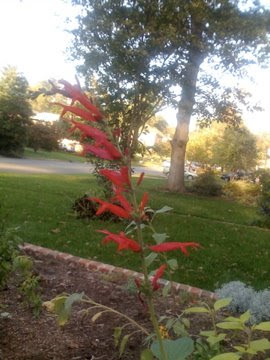 I don't grow many red flowers, but I can't help myself when it comes to pineapple sage.
Posted by Hecate at 1:55 PM 2 comments: 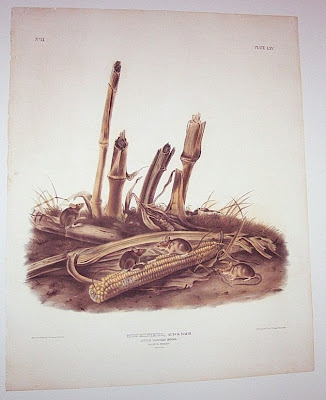 In the farmyard the white moon of autumn shines.
Fantastic shadows fall from the eaves of the roof.
A silence is living in the empty windows;
Now from it the rats emerge softly
And skitter here and there, squeaking,
And a grey malodorous mist from the latrine
Follows behind them, snifﬂing:
Through the mist the ghostly moonlight quivers.
And the rats squeak eagerly as if insane
And go out to ﬁll houses and barns
Which are ﬁlled full of fruit and grain.
Icy winds quarrel in the darkness.

Picture found here.
Posted by Hecate at 11:53 AM No comments: