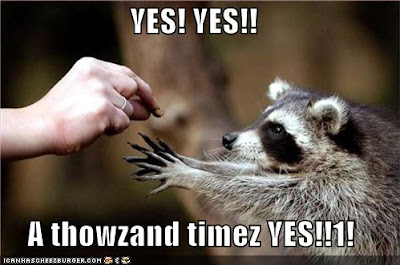 It's probably just me, but I'm a huge negotiation geek. It was my favorite class in law school. Every single exercise, my partner and I got buckets and buckets more than anyone else. As we were doing one of the exercises, someone in the class sighed out loud, "They're doing it again." There's an art to negotiation, and a huge part of that art is going in knowing who and what you're up against. Plus, negotiation is great fun. I've made a very respectable living for years based, inter alia, on my ability to negotiate (and to go for the jugular when people won't negotiate with me). So it's driven me batshit insane to watch the Obama administration and the Senate Dems "negotiate" and I use that term loosely, themselves into a losing position on health care reform.

FireDogLake has an interview with Congressman Anthony Weiner, who appears to get it:

Weiner didn’t get an invite to tomorrow’s health care summit, but he’ll be watching and even live-blogging the proceedings, he told me. He found its utility limited. “If we want to spend hours tomorrow highlighting bankruptcy of GOP ideas, fine. But we mustn’t delude ourselves. When we gave up public option, we didn’t get a single Republican. When we gave up national exchanges for a state exchange, we didn’t get a single Republican. We keep negotiating with ourselves.” If the summit is meant to contrast the two parties on the issue, Weiner was fine with it, but if it was seen as an opportunity to convert Republicans to the cause of fixing health care, he advised, “Good luck with that.”

I wanted to know from someone who has been in the room for these discussions whether he thought the votes were actually there to pass the bill, regardless of what fixes could be made in reconciliation. Eric Cantor’s memo today certainly suggested otherwise, as have multiple news reports. I asked flat-out, does this thing have the votes?

Weiner replied, “Well, we passed the bill once.” Obviously, he said, the abortion language was a concern, and he admitted, “I don’t know how it gets resolved.” He reiterated the constant dynamic of dropping things like the public option, which he thinks has majority support in the House and Senate and among 72% of the American people, and getting nothing in exchange. In the final analysis, he said, “I’m not sure what we’re doing, and I’m pretty tied in.”

The GOP appears to 'negotiate' in much the same way as Frank Herbert's Honored Matres.