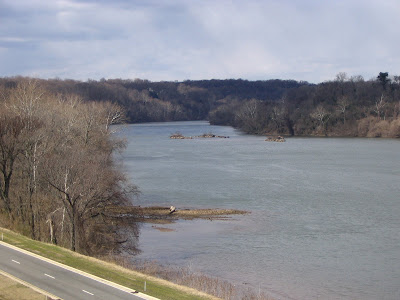 In the world of child development, attachment theory posits that the creation of a deep bond between child and parent is a complex psychological, biological, and spiritual process, and that that without this attachment a child is lost, vulnerable to all manner of later pathologies. I believe that a similar process can bind adults to a place and give them a sense of belonging and meaning. Without a deep attachment to a place, an adult can also feel lost.

Attachment to Land is not only good for the child, but good for the land as well. As naturalist Robert Finch asserts: "There is a point . . . in our relationship with a place, when, in spite of ourselves, we realize we do not care so much anymore, when we begin to be convinced, against our very wills, that our neighborhood, our town, or the land as a whole is already lost." At this point, he argues, the local landscape is no longer perceived as "a living, breathing, beautiful counterpart to human existence, but something that has suffered irreversible brain death. . . . "[I]t no longer moves, or if it does, it is not with a will of its own."

Passion does not arrive on videotape or on a CD; passion is personal. Passion is lifted from the [E]arth itself by the muddy hands of the young; it travels along grass-stained sleeves to the heart. If we are going to save environmentalism and the environment, we must also save an endangered indicator species: the child in nature.

~Richard Louv in Last Child in the Woods.

I'm in relationship with two running waters. One is Spout Run and one is the Potomac River, into which Spout Run, well, runs. I follow Spout Run on my way to work every morning and join the Potomac just where it does, right near the Three Sisters and a broad, open curve in the river. And then I drive along beside the river until I cross over it, just beside the Teddy Roosevelt Island, where I've seen eagles, ravens, foxes, squirrels. This time of year, the leaves are nearly gone, and both Spout Run and the Potomac are easier to see. This morning, there was a gentle rain falling, making the dead leaves look slippery and the rocks look like they'd been polished all night.

I want G/Son to have this sort of relationship with Land. He's already developed a few favorite places to go hiking, one the things that Son and DiL do to help him grow into living on this Earth. What did your parents do for you? What do you do for the child(ren) in your life? What do you do for yourself?

Great post as usual, Hecate! I think this concept of relationship with the land is the idea some people are oversimplifying when they talk about grounding with a local tree or observing the seasons. Thanks for getting at the bigger issue.

I just about jumped up and down when I saw the photo - I recognize that area, because my personal connection is with Teddy Roosevelt Island. Building my relationship with the land there is based on observing the seasons, but not just as an abstraction: it's about noticing what's going on, what the changes reflect, what the spirit of the place feels like and how that changes. It's a deep kind of knowing, and I think the idea of relationship captures it better than anything else I've seen. Being in love takes effort - but it has the most rewarding results.

OK for me to quote some of your comments in an upcoming post?