My New Name for a Blog 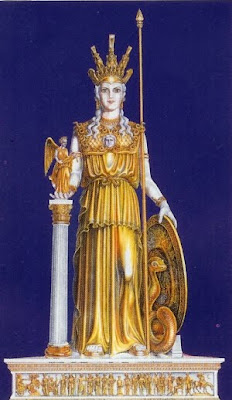 So there's going to be a lot of ink expended over the next couple of weeks trying to figure out how this happened, as if it's a goddamn mystery. This economy blows goats, and instead of being out there every day yelling HEY WE TRIED TO FIX IT THOSE FUCKERS WOULDN'T LET US ALSO BUSH BAILED OUT THE BANKS NOT US, Democrats pretty much figured the midterms were gonna be a bloodbath and hunkered down and hoped it wouldn't hit them too hard. Because that works. That always works.

We can fucking count, out here. We know what 51 means. We know what 257 means. We're not morons. And all the procedural whatsit you argue today, about ConservaDems and Blue Dogs, doesn't mean shit. You had it, and we worked hard to give it to you, and we see you calling things impossible which are just very hard, and we get fucking annoyed, because we don't get to get away with that shit. Not at our jobs and not in our lives.

Now, I'm not excusing the Party of I Hate You or these teabagging excuses for human beings who think education is vaguely homosexual in some sinister way, but I am saying that the lesson we're all going to take away from this is that America just isn't a Democratic nation and we should all tack to the right and us hippies should just die in a fire already, which is bullshit. The lesson we should take away from this is that America doesn't like [wimps], doesn't like whiners and it sure as fuck doesn't like parties that pretend to be able to do less than they can do just because they don't want to work that hard or have Chris Matthews call them mean.

Go leave her some love.

Also, Rahm Emanuel and Tim Kaine better never run into me in a dark alley. Way to fuck up everything Dr. Dean did, you two worthless, dipshit, running-dog, mercenaries.

Remember that the real work of change is always going on—if not in Washington, then in thousands of towns and neighborhoods and communities, if not in the halls of power, then in the streets. Don’t be complacent, but don’t despair. All around us are allies working for more justice, more freedom, more ecological balance, more peace. This is not a time to fall back, but to step up, to be bolder, braver, louder, funnier, more inventive, more outrageous, more committed. Political winds blow back and forth—hold to your deepest values, and we’ll stay the course.

I thought that Hillary Clinton had it right when she said at the Democratic Convention in 2008:
"My mother was born before women could vote, my daughter got to vote for her mother for President. This is the story of America, of women and men who defy the odds and never give up.

So how do we give this country back to them? By following the example of a brave New Yorker, a woman who risked her li[fe] to bring slaves to freedom along the underground railroad.

On that path to freedom, Harriet Tubman had one piece of advice:

And even in the darkest moments. That is what Americans have done. We have found the faith to keep going."

Keep the faith. And anyway, what choice do we have?

That is effing awesome! I was appalled by the absolute gutlessness of the last two years.

Well, Fox News didn't get mentioned -- but other than that ...

I was pissed at Tony Blair & New Labour doing NOTHING to undo Thatcherism, but the Obama administration was just as bad -- we worked hard to give you the majorities & you tried to make nice with people who want your blood (the sad thing is that now the President seems to be in capitulation mode)

Basically Big BUsiness runs this country. Period. There will never be real change until someone mentions the glut of money that is being hoarded at the top of the food chain. Hoarded. Counted. Just like Smaug and other dragons on their pile of gold. And these corporations are traitors -- these are the REAL corporate terrorists.

We The Peasants never stood a chance against their insidious funneling of money into BOTH sides of the election and politics.

It's depressing to live in a nation where so many people vote against their own interests. But that's democracy for you.