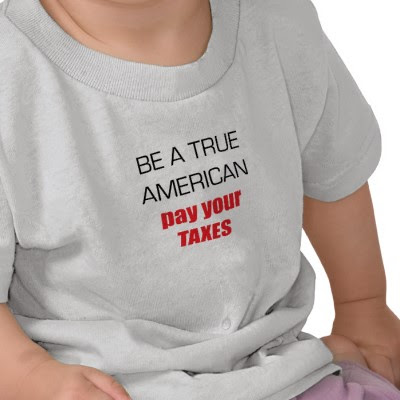 I was re-shelving some of the books in what passes for the library here at chez Hecate and came across (because who re-shelves books without re-reading at least a few passages?) this quote from George Lakoff's book Don't Think of an Elephant: Know Your Values & Frame the Debate. I think it's worth sharing.

Taxation is paying your dues, paying your membership fee in America. If you join a country club or a community center, you pay fees. Why? You did not build the swimming pool. You have to maintain it. You did not build the basketball court. Someone has to clean it. You may not use the squash court, but you still have to pay your dues. Otherwise it won't be maintained and will fall apart. People who avoid taxes, like corporations that move to Bermuda,, are not paying their dues to the country. It is patriotic to be a taxpayer. It is traitorous to desert our country and not pay your dues.

Perhaps Bill Gates Sr. said it best. In arguing to keep the inheritance tax, he pointed out that he and Bill Jr. did not invent the Internet. They just used it -- to make billions. There is no such thing as a self-made [person]. Every businessman has used the vast American infrastructure, which the taxpayers paid for, to make his money. He did not make his money alone. He sued taxpayer infrastructure. He got rich on what other taxpayers had paid for: the Treasury and Commerce Departments, the judicial system, where nine-tenths of the cases involve corporate law. These taxpayer investments support companies and wealthy investors. There are no self-made men! The wealthy have gotten rich using what previous taxpayers paid for. The owe the taxpayers of this country a great deal and should be paying it back.

Picture found here.
Posted by Hecate at 3:57 AM

And, of course, corporations do not fall from the sky, spring from the earth, or emerge from the sea. They are creatures of the state, and are invested by the state with certain privileges that allow them to raise capital and operate in ways that simple proprietorships or partnerships could not. In return for these privileges, it does not seem to me to be unreasonable that corporations be required to act responsibly, in a manner that will contribute to the general welfare of the state that created them--including paying their fair share of taxes.

Nice information, many thanks to the author. It is incomprehensible to me now, but in general, the usefulness and significance is overwhelming. Thanks again and good luck!!!
gay telephone