Once More, Into the Breach 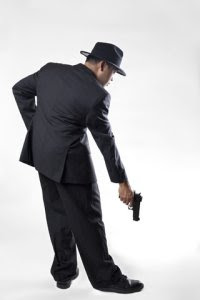 It's been a while since I've done one of these posts, but apparently there's still a need to discuss framing when Pagans deal with the outside world. Here's an article about a group of Salem Witches who want to improve relations with their town and educate people about Paganism.

U R Doing It Wrong.

"We're not eating babies or drinking blood," said Teri Kalgren, W.E.L.'s vice president. "[We promote] a better understanding of what witch craft is." [And that would be??? Apparently, what Witchcraft is -- is going around assuring people that you don't eat babies. Because there's NO discussion of "what witch craft is." Just the already-hackneyed assertion that we don't eat babies.]

No, Teri, not if that's how you go about it, you're not going to promote a better understanding of what Witchcraft is. What you're doing is reinforcing a negative frame.

Think of Christine O'Donnell announcing, "I'm not a Witch." What does everyone remember about her? Her statement that she "dabbled into witchcraft."

Think of Richard Nixon telling Americans that their president "is not a crook." He's not remembered for signing the EPA into existence; he's remembered as a crook, who was forced to resign in disgrace.

Think of your guilty kid snatching his hand out of the cookie jar and telling you, before you get a word out, "I wasn't taking cookies."

What I really don't get is that not only have I never heard of any Witches who do actually eat babies or drink blood, but I can't remember an even vaguely mainstream publication saying anytime in recent years that Witches eat babies or drink blood (isn't that Vampires?). The only people who seem to be discussing those subjects are -- Witches. Stop it. Just stop it.

Yeah, I get that in Hansel and Gretel there's a (nominal) Witch who wants to eat the children. In Cinderella, there's a prince who runs around trying to put a glass slipper on women's feet. You didn't see Prince William giving interviews announcing that he doesn't have a shoe fetish, though, did you? Catholic priests demonstrably do sexually abuse little boys. You don't see Father Flannigan beginning his press release about the St. Xavier's Day Festival by announcing that he won't be sexually abusing little boys at the bingo tent or funnel cake stand, either, do you?

If you want to start a Witches Education League and ingrain yourself into your community, issue a press release and explain that the WEL will:

continue with community services such as the annual W.E.B.-founded "ask a witch, make a wand," where children are invited to make magic wands with area witches near Halloween. [Great idea, by the way. G/Son would love it. More like this.]

Say that you'll be running seminars on the proud history of Pagans, from Babylonia, to Egypt (every kid in America has to do a school report on Egypt), to Greece, to Rome, to Ireland, to America. Say that you're:

planning a number of events coming up including a [P]agan family day tentatively set for August.


But don't, for the love of the Goddess, go on and on about how Witches don't eat babies.

You do need to be prepared for the (very rare) reporter who may ask, "Well, I've read in almost every other article in recent memory that Witches always say they don't eat babies. It makes me wonder why you're so defensive. Do you now, or have you ever, eaten babies?" Practice with a friend how you'll return the interview to YOUR (positive) message. "Of course, that's a ridiculous and false accusation. In fact, Witches honor all of life and our recent program to help pets stranded during tornadoes in the American South and West shows our commitment to all forms of life. Incidentally, our Pagan family day in August will include a number of activities for children, including face painting, a petting zoo, and a story hour. Those are being coordinated by X and Y, both of whom are parents with children of their own and degrees in early childhood education and . . . ."

This isn't rocket science. I'm begging Pagans to stop shooting all of us in the foot. What if we tried for a year NOT mentioning what we don't do and focusing on what it is that we do? We could reconvene at that point and see if we're any worse off for not having reinforced negative frames.

My pipple. I worry about you. Stop doing stupid stuff.

Had to read this posting twice. Really thought I had mis-read their remarks.

Thank you for this article which contains lots of good advice. This is something that I had a hard time understanding before.